CHQ had taken continous efforts to get the transfer to Head quarters on Immunity to Com. V.K.JAIN Circle Secretary AIPSBCOEA  Rajasthan Circle. The case was taken with Directorate in October 2011 and reminded through letter date 31.01.2012. He was working at Dholpur H.O which is 300 KMs away from Jaipur ( Circle Headquarters) . Now , the department has approved our claim and issued orders of transfer to JAWAHAR NAGAR H.O ( JAIPUR). Let us congratulate Com. V.K Jain to continue the service to union with extra enthusiasm and great spirit.

Appanraj.S. General Secretary
Posted by Appanraj S - Vice President at 1:58 AM No comments:

MINISTRY OF FINANCE ISSUED ORDERS GRANTING ONE TIME MEASURE INCREMENT ON 1.1.2006 FOR  ALL OFFICIALS WHOSE INCREMENT FELL DUE BETWEEN FEBRUARY AND JUNE 2006
JCM STANDING COMMITTEE MEETING HAD EARLIER DECIDED TO CONSIDER GRANT OF THE ABOVE INCREMENT AND ACCORDINGLY THE GOVERNMENT HAS NOW ISSUED ORDERS
ALL GOVERNMENT EMPLOYEES AS ON DUTY ON 1.1.2006 AND WHOSE DATE OF INCREMENT WAS BETWEEN FEBRUARY AND JUNE WOULD BE NOW GIVEN AN INCREMENT IN THE PRE-REVISED SCALE OF PAY AS 'ONE TIME MEASURE' AND THEN AGAIN ANOTHER INCREMENT ON 1.7.2006.
ALL SUCH OFFICIALS WHOSE PAY WILL BE REFIXED W.E.F. 1.1.2006 SHOULD GET ARREARS AND OFFICIALS WHO RETIRED AFTER 1.1.2006 WILL GET THEIR PENSION UPWARDLY REVISED WITH ALL CONSEQUENTIAL RETIREMENT BENEFITS.
THE ORDERS OF THE MOF IS AVAILABLE IN THE MINISTRY OF FINANCE WEBSITE OR YOU CAN DOWNLOAD THIS BY CLICKING ON THE LINK BELOW:
http://www.finmin.nic.in/the_ministry/dept_expenditure/notification/misc/DateofIncrement_RevPayRules2008.pdf
-- S.P.Kulkarni President
Posted by All India Postal SBCO Employees Association-S.P.Kulkarni, President at 6:39 AM No comments: 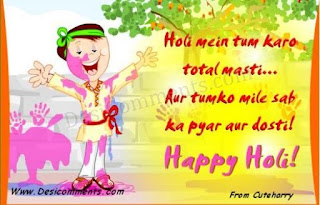