MARCH FROM PARLIAMENT STREET TO SANCHAR BHAWAN FOR IMPLEMENTATION OF KAMLESH CHANDRA REPORT TO GDS
A massive March from Parliament Street to Sanchar Bhawan was organised by AIPEU (GDS), General Secretary P. Pandu Ranga Rao in which all the affiliates of NFPE were present for early implementations of GDS Committee Report presented by Shri Kamlesh Chandra, Chairman and Ex-Member (P). All the Comrades of AIPSBCOEA are requested to extent their support in the Membership Verification of GDS in favour of AIPEU-GDS. 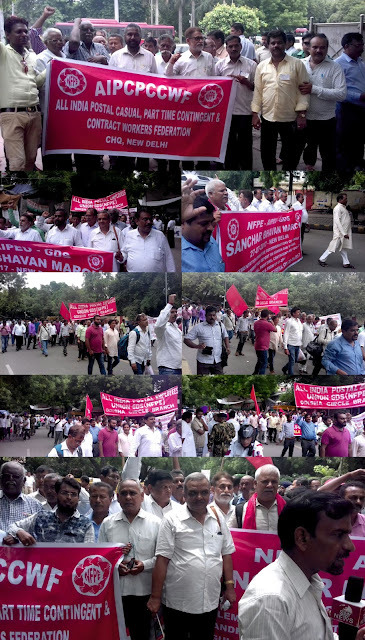 Posted by Virendra Tewary at 10:29 PM