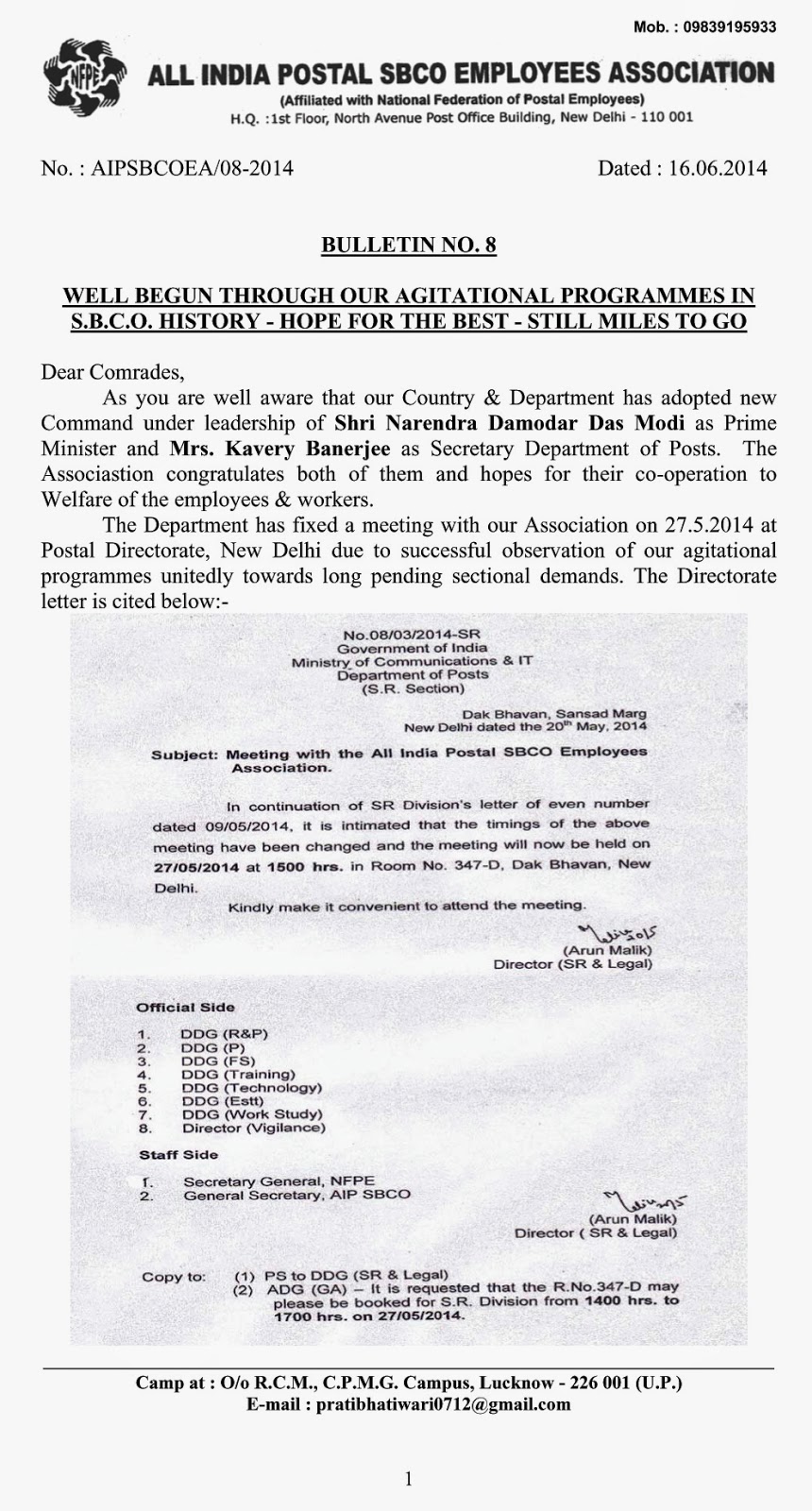 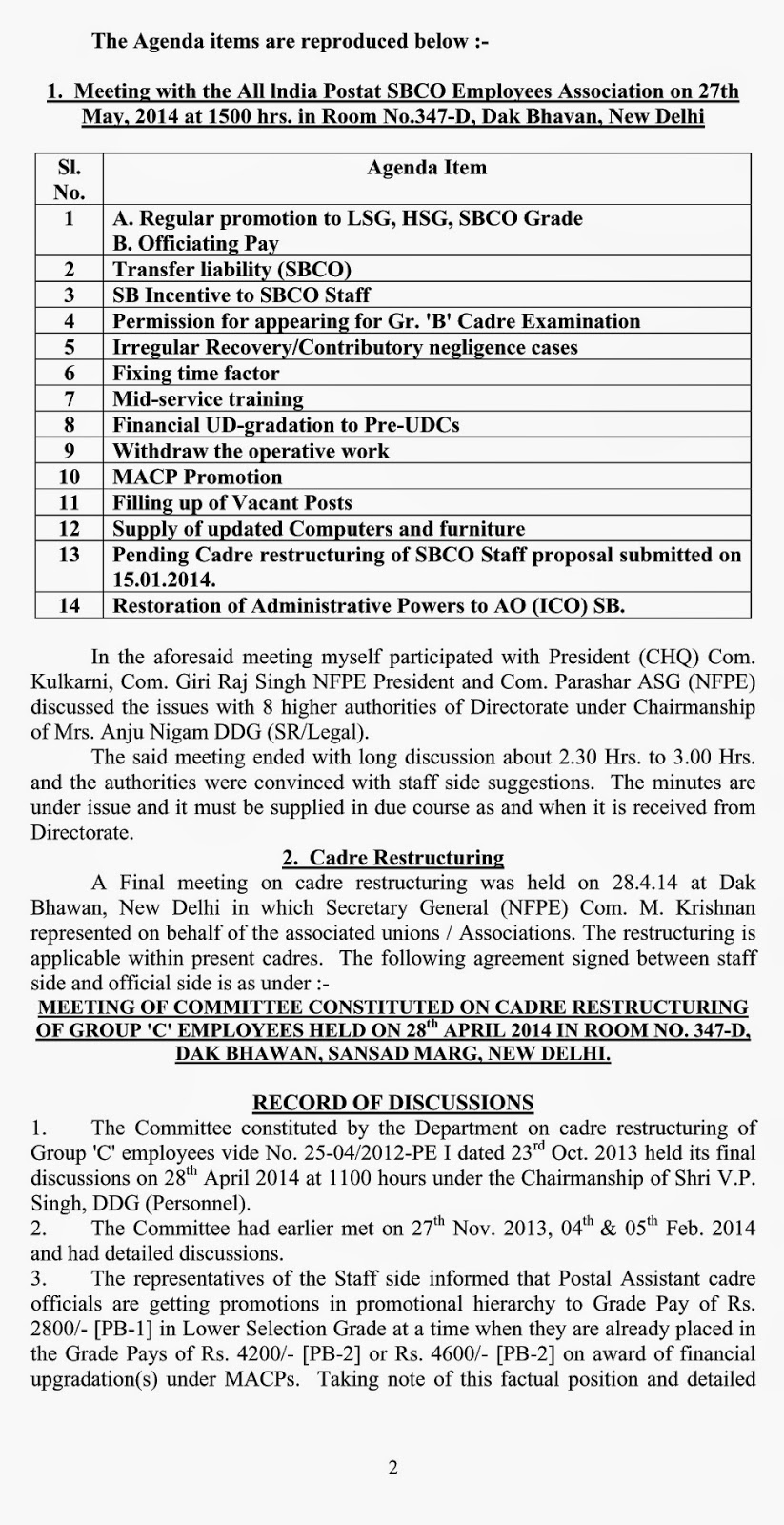 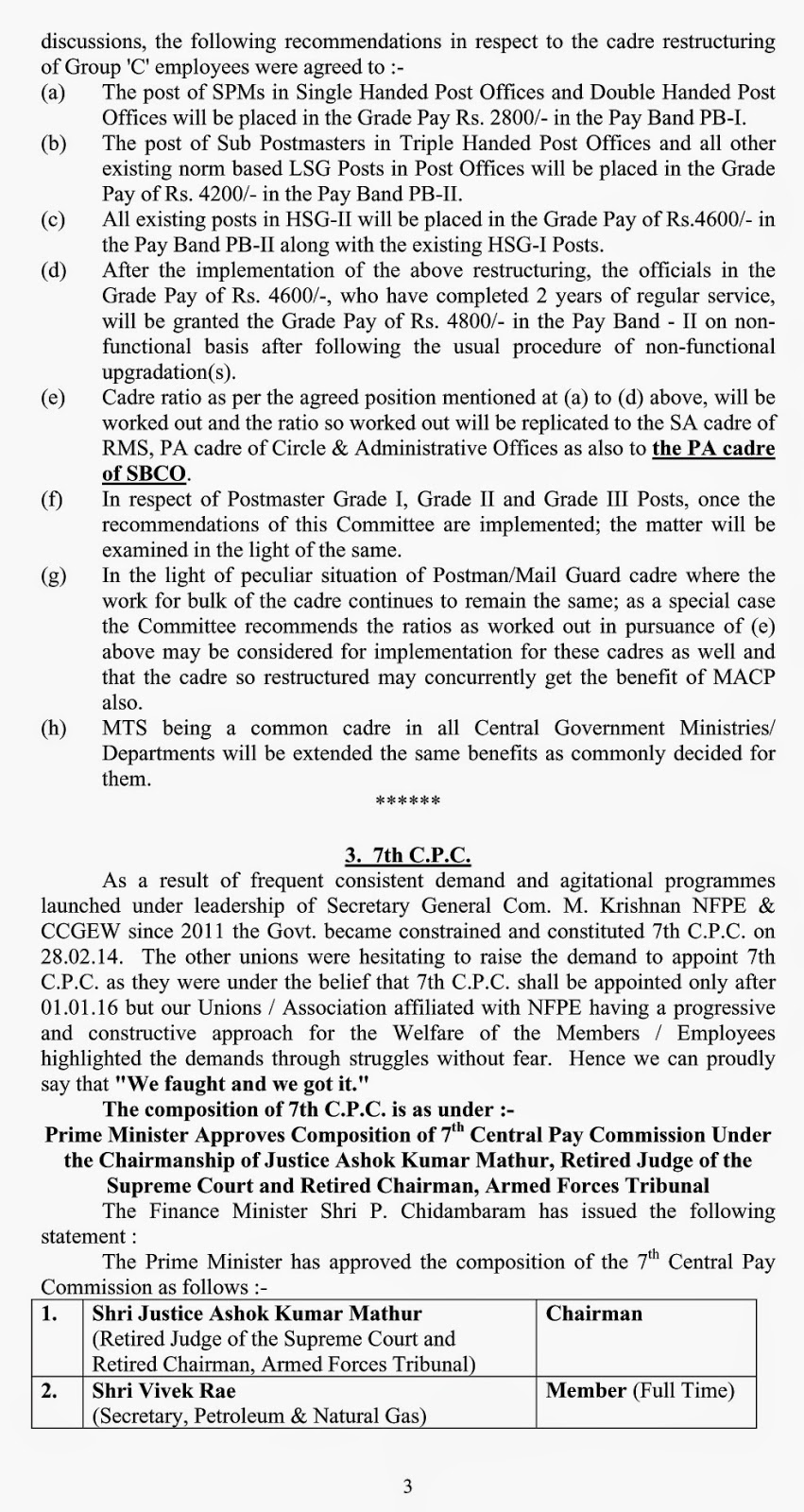 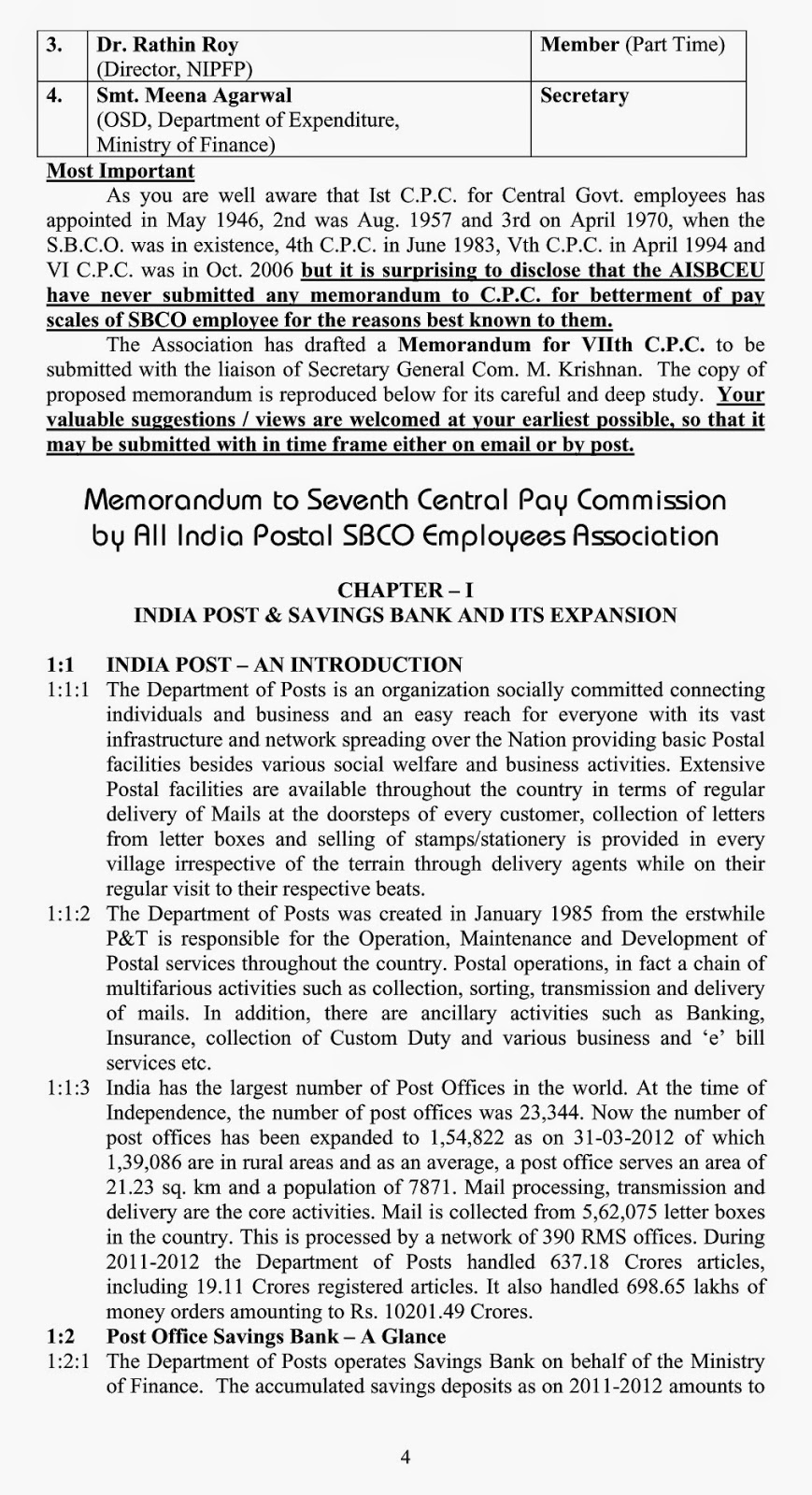 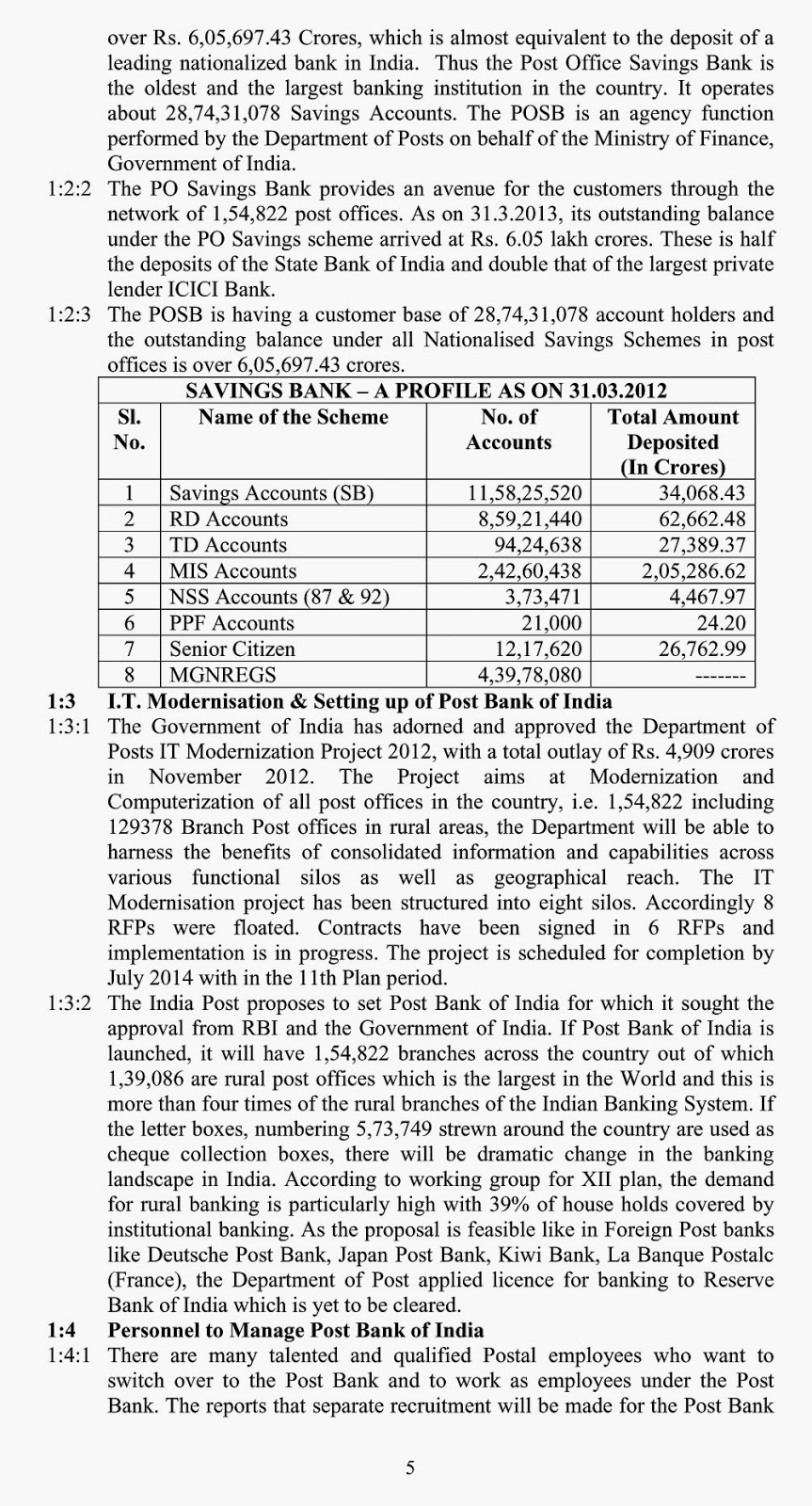 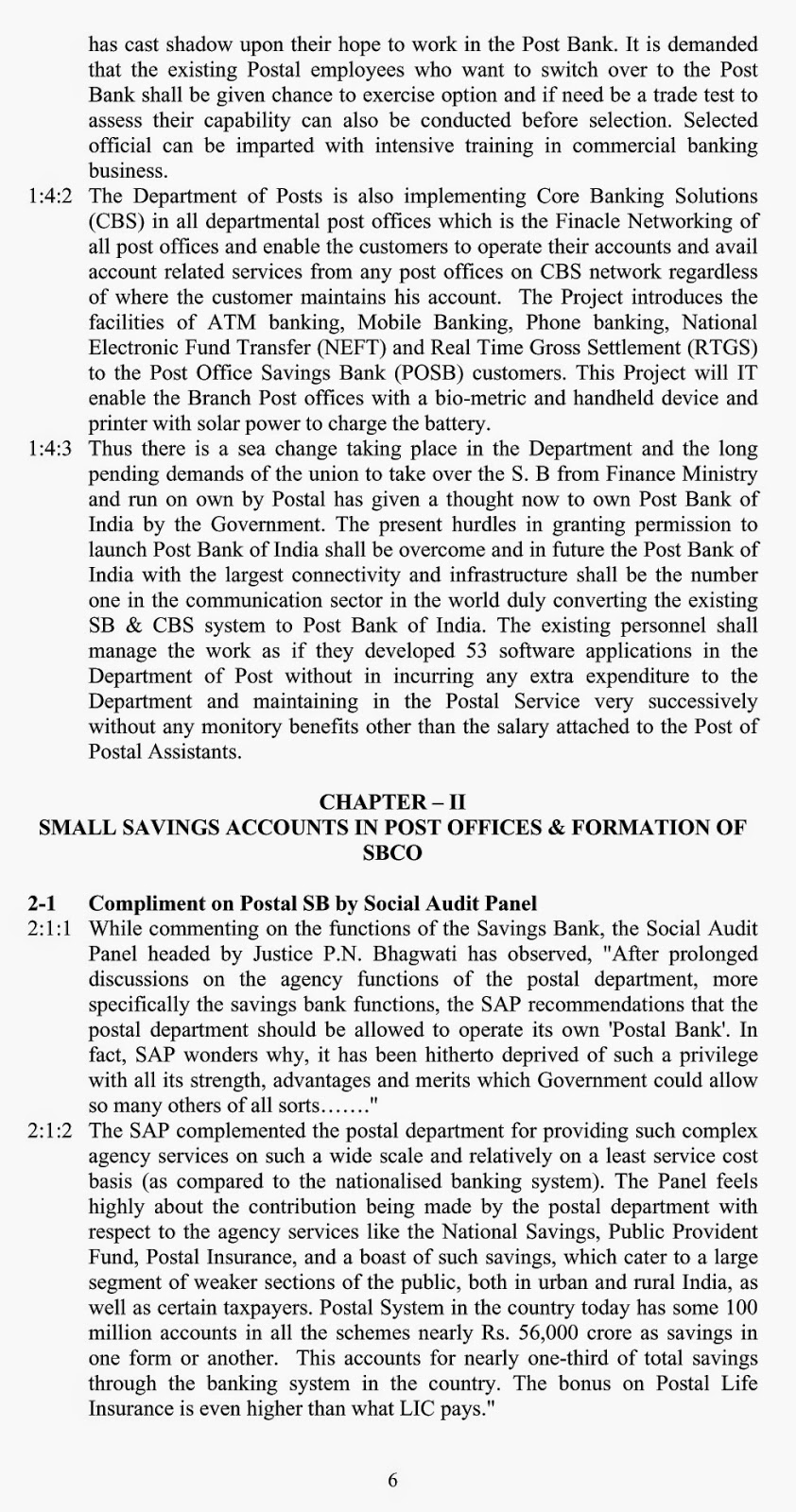 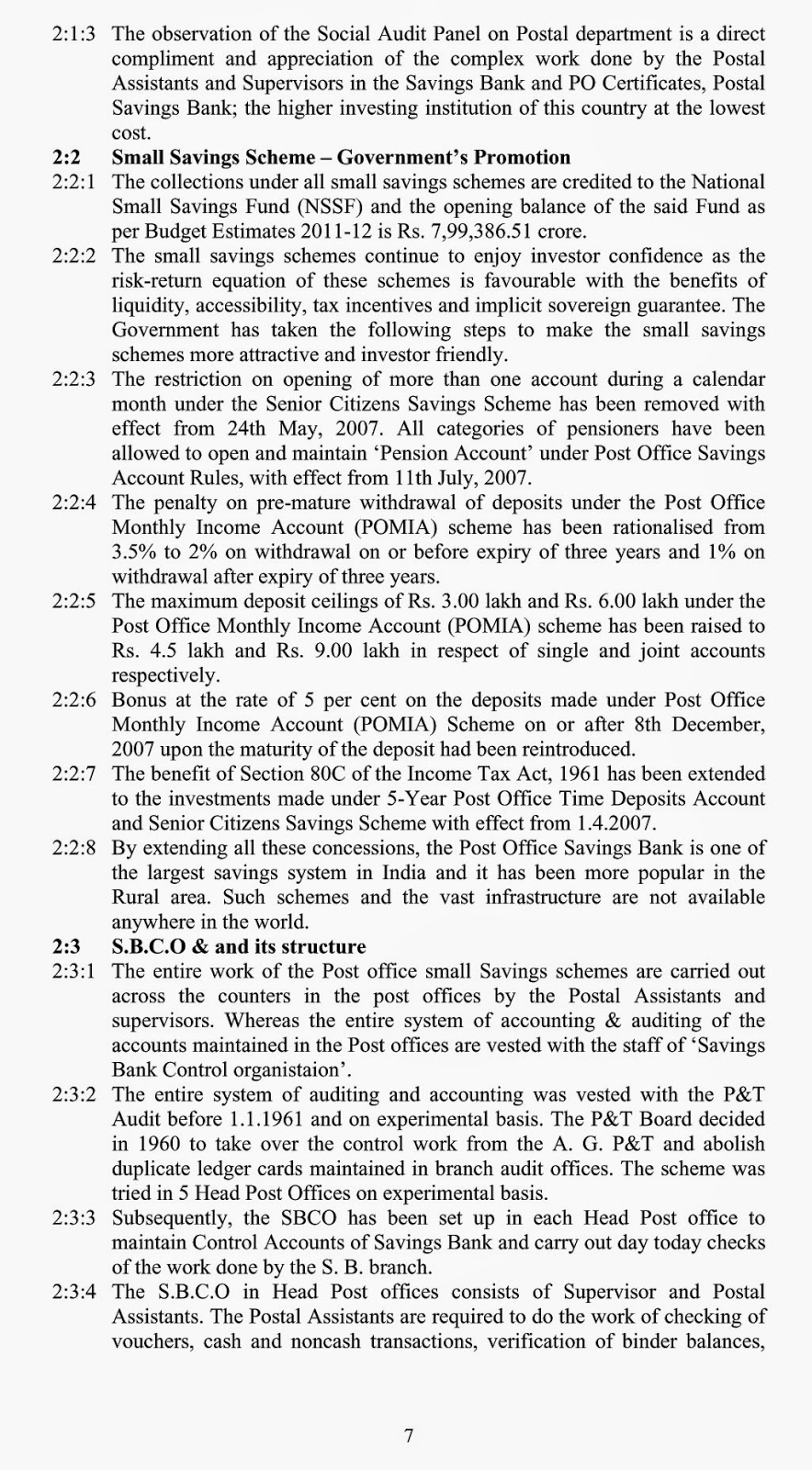 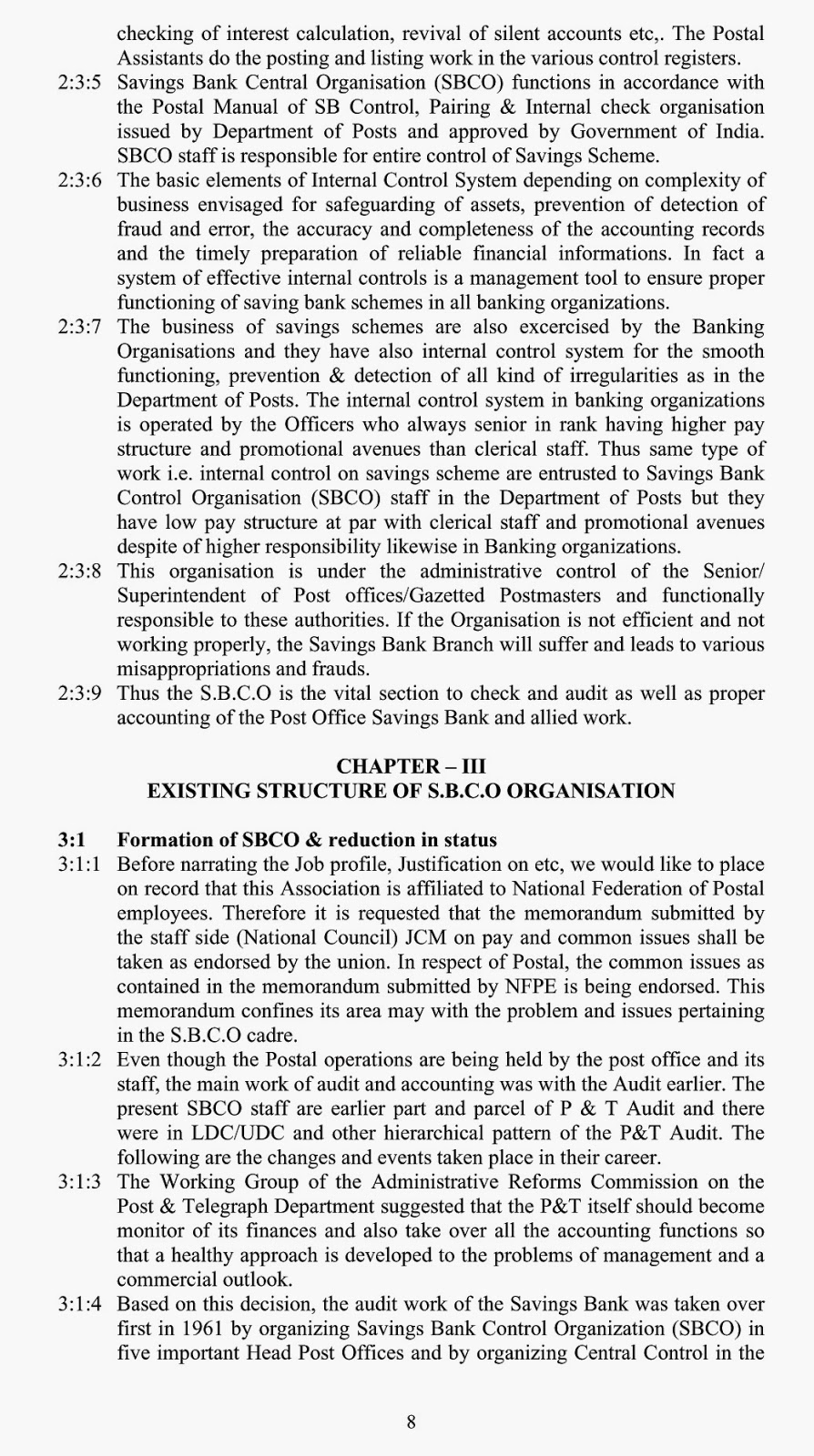 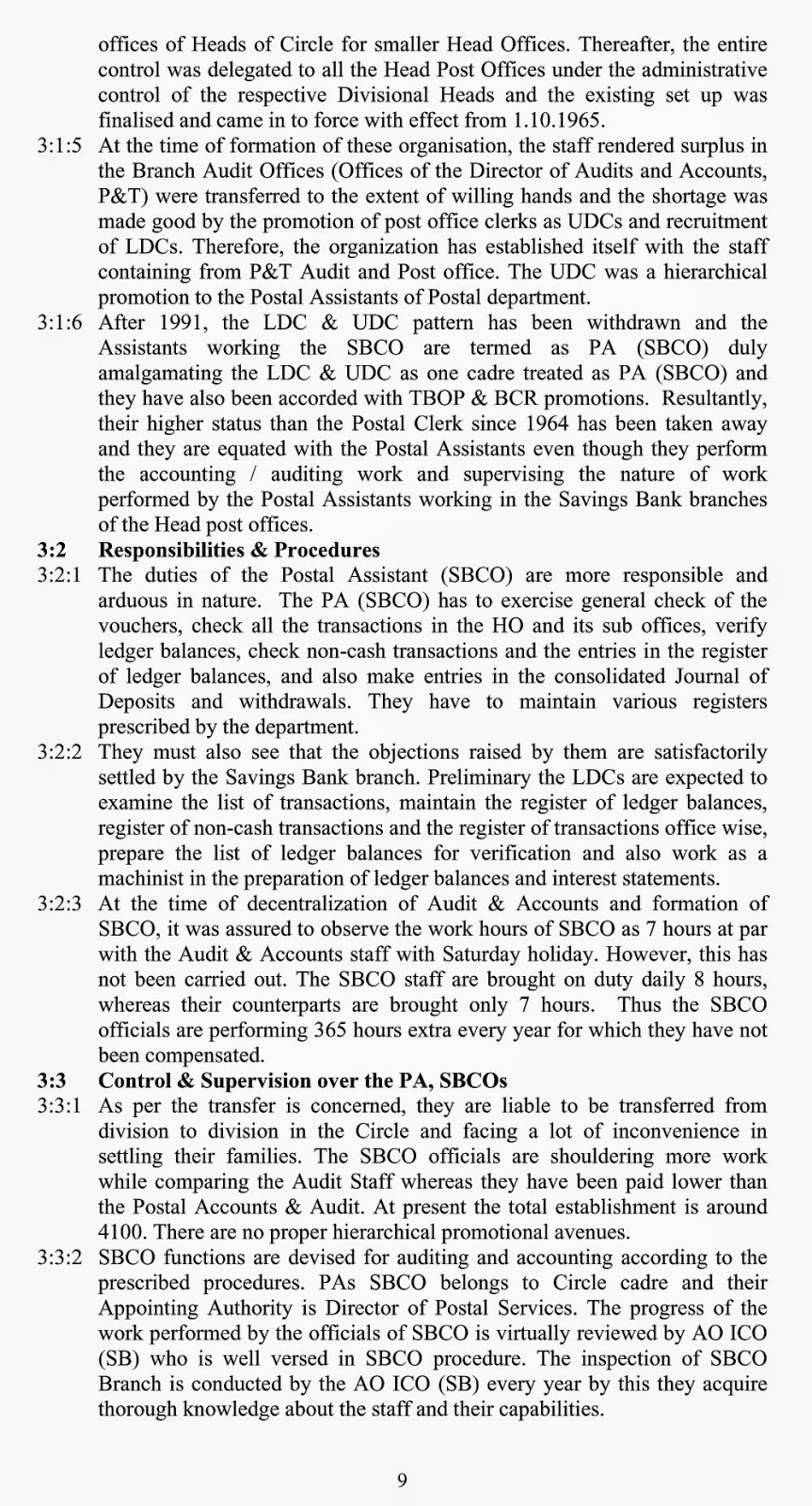 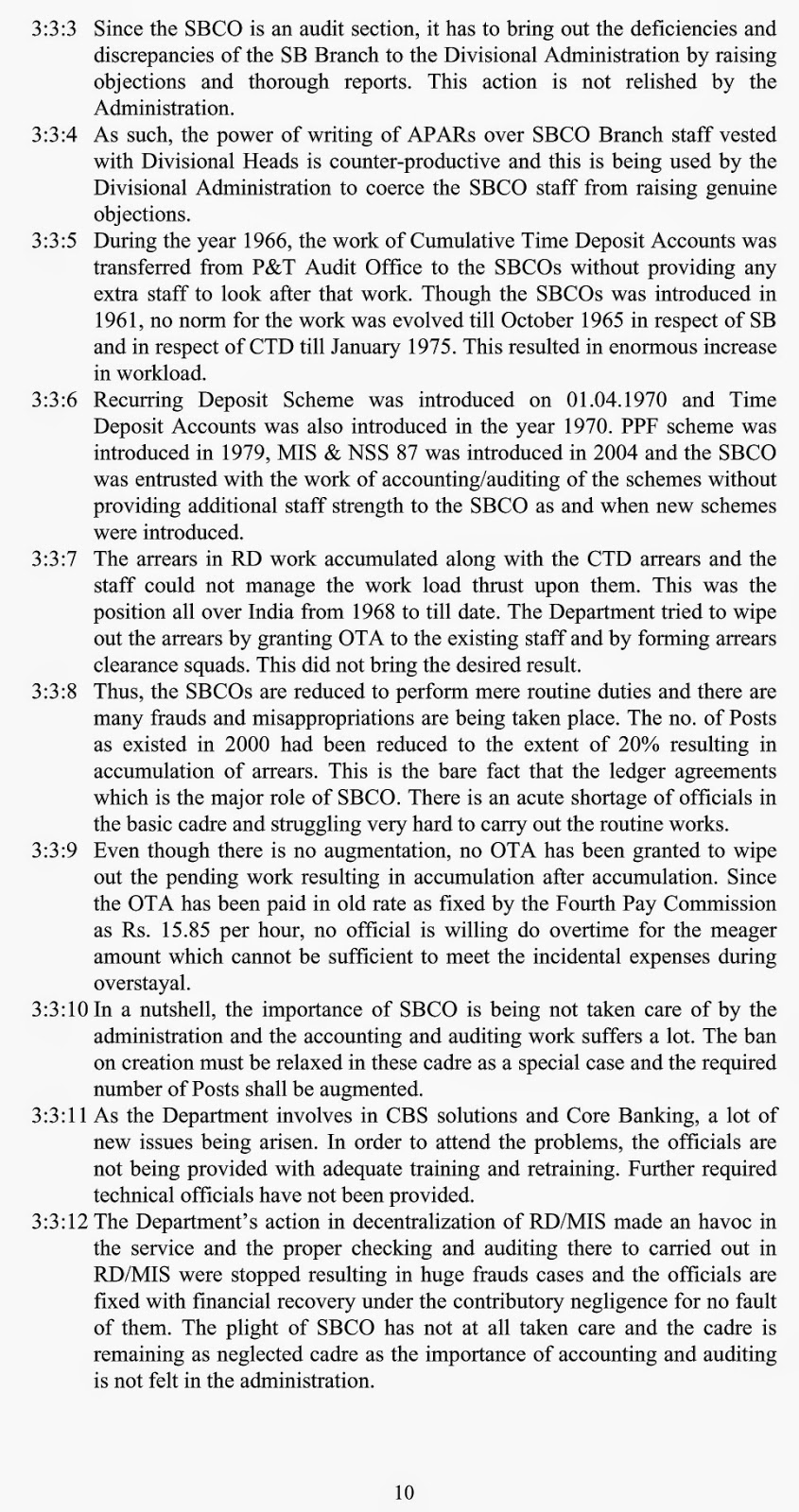 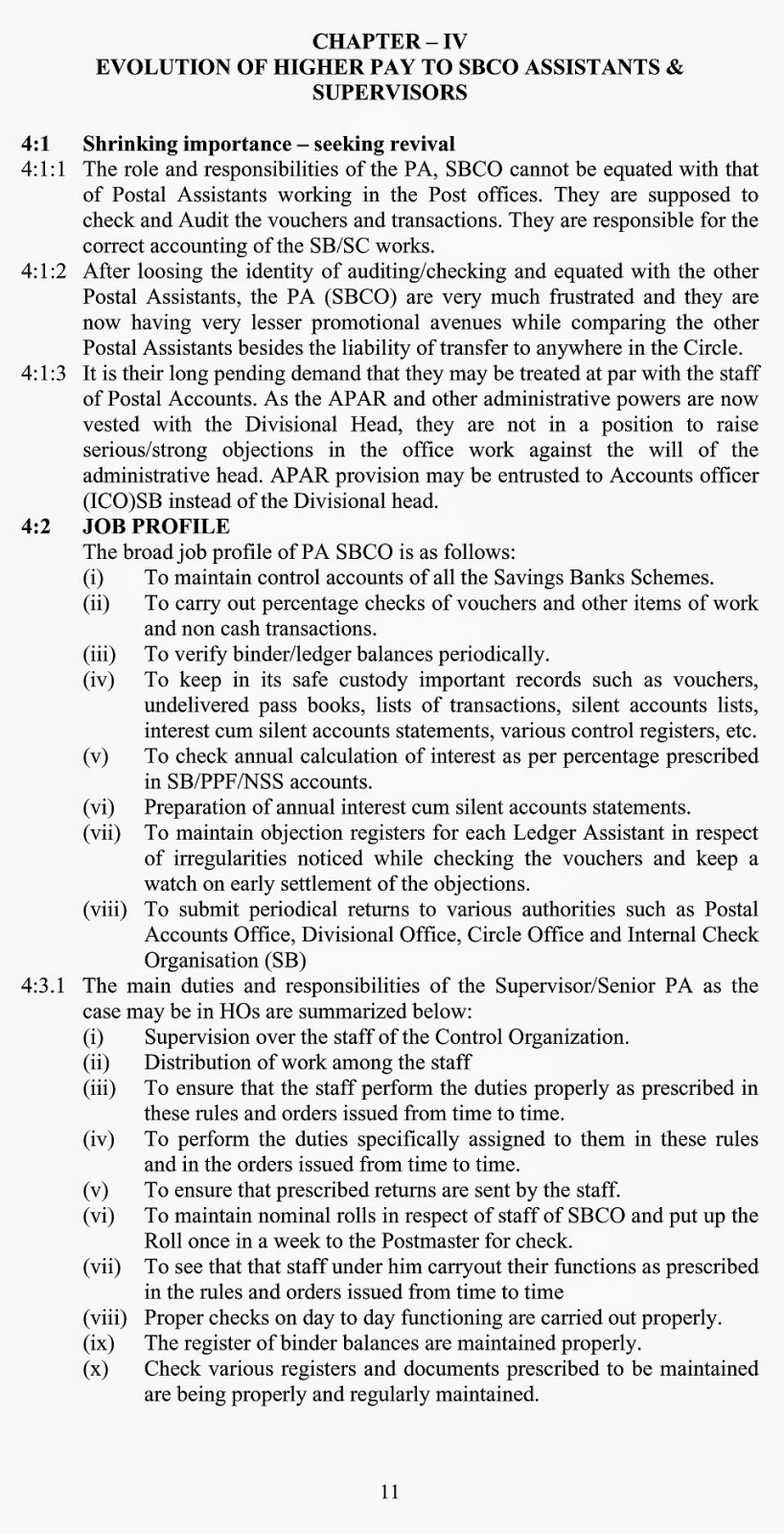 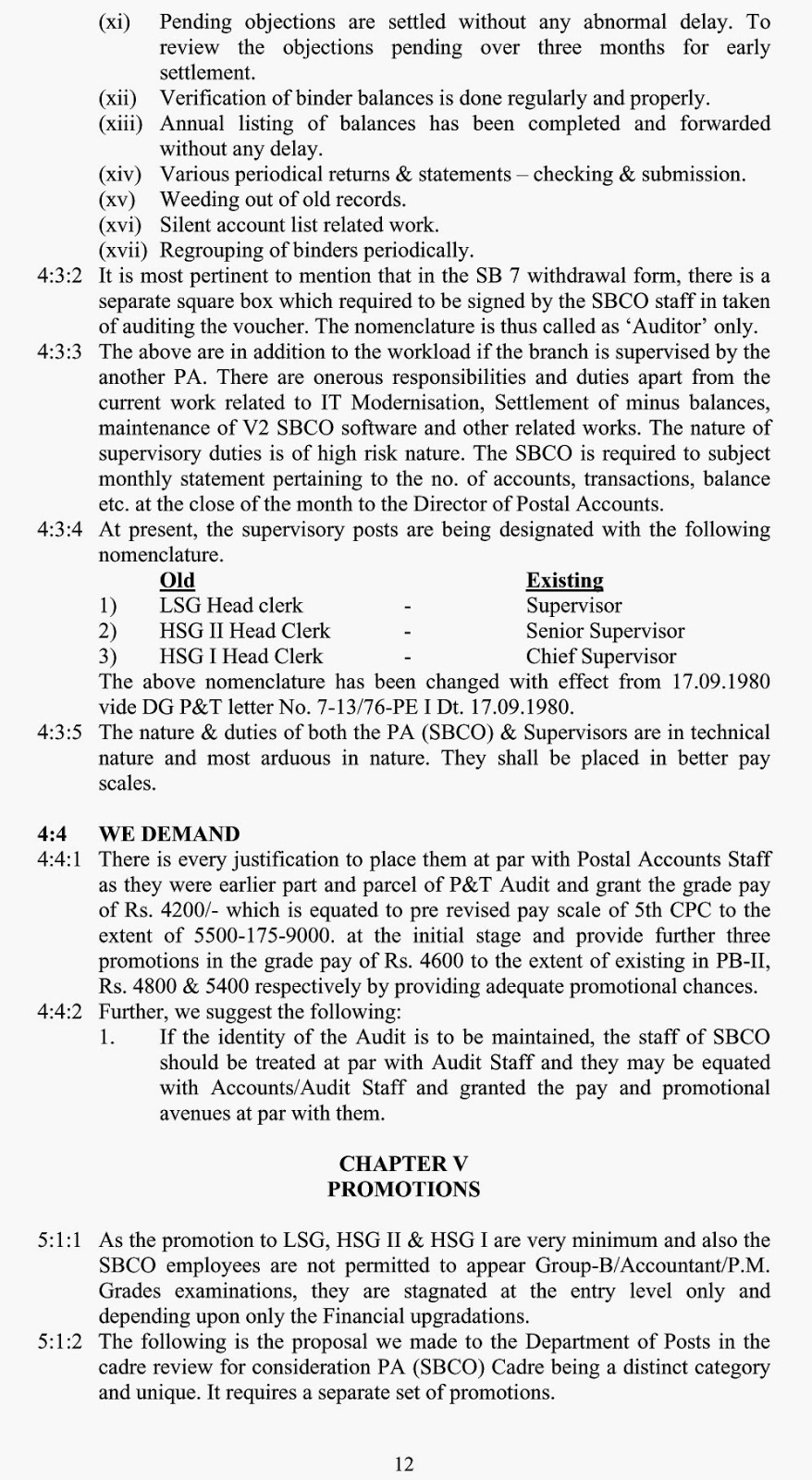 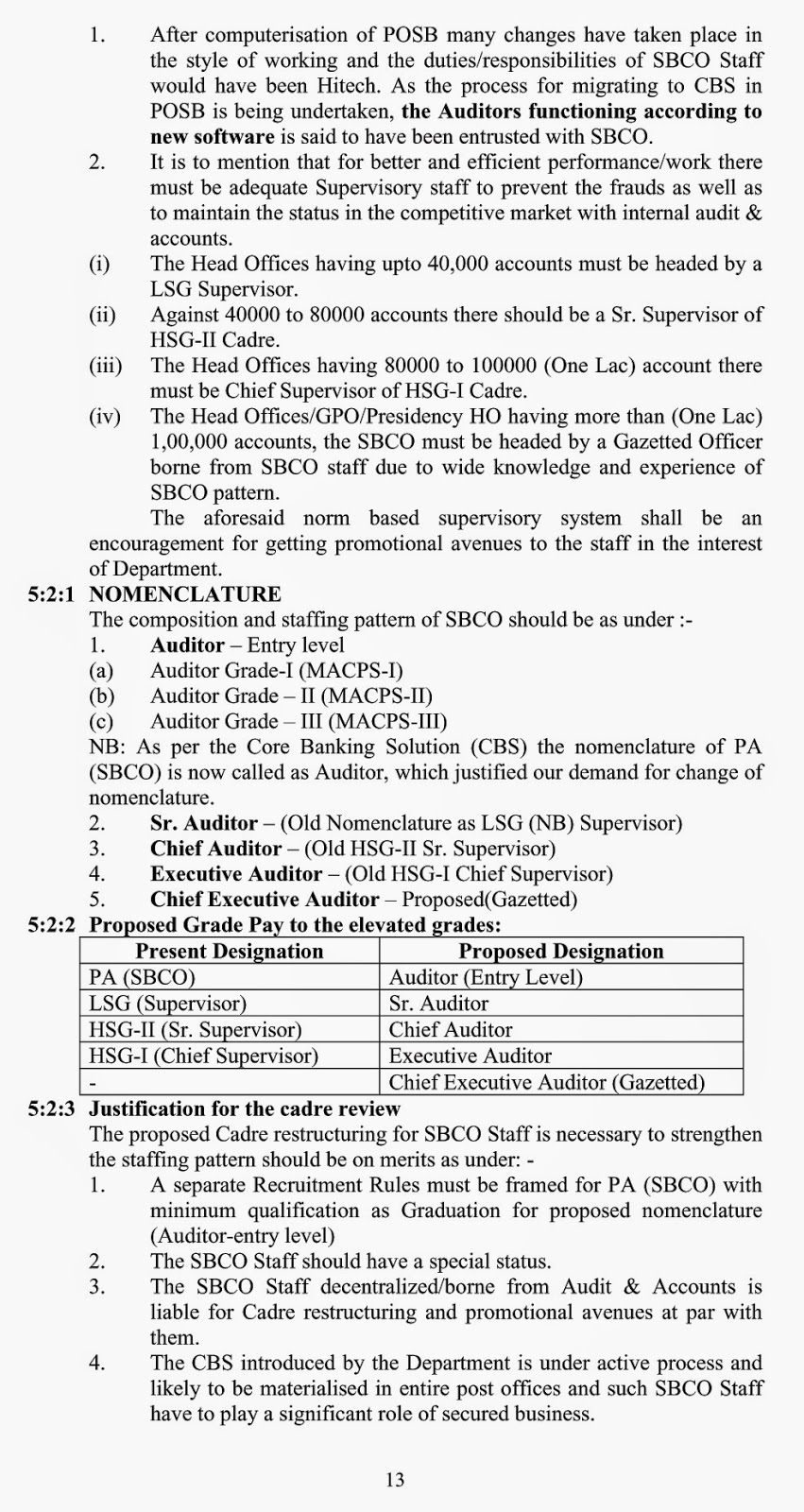 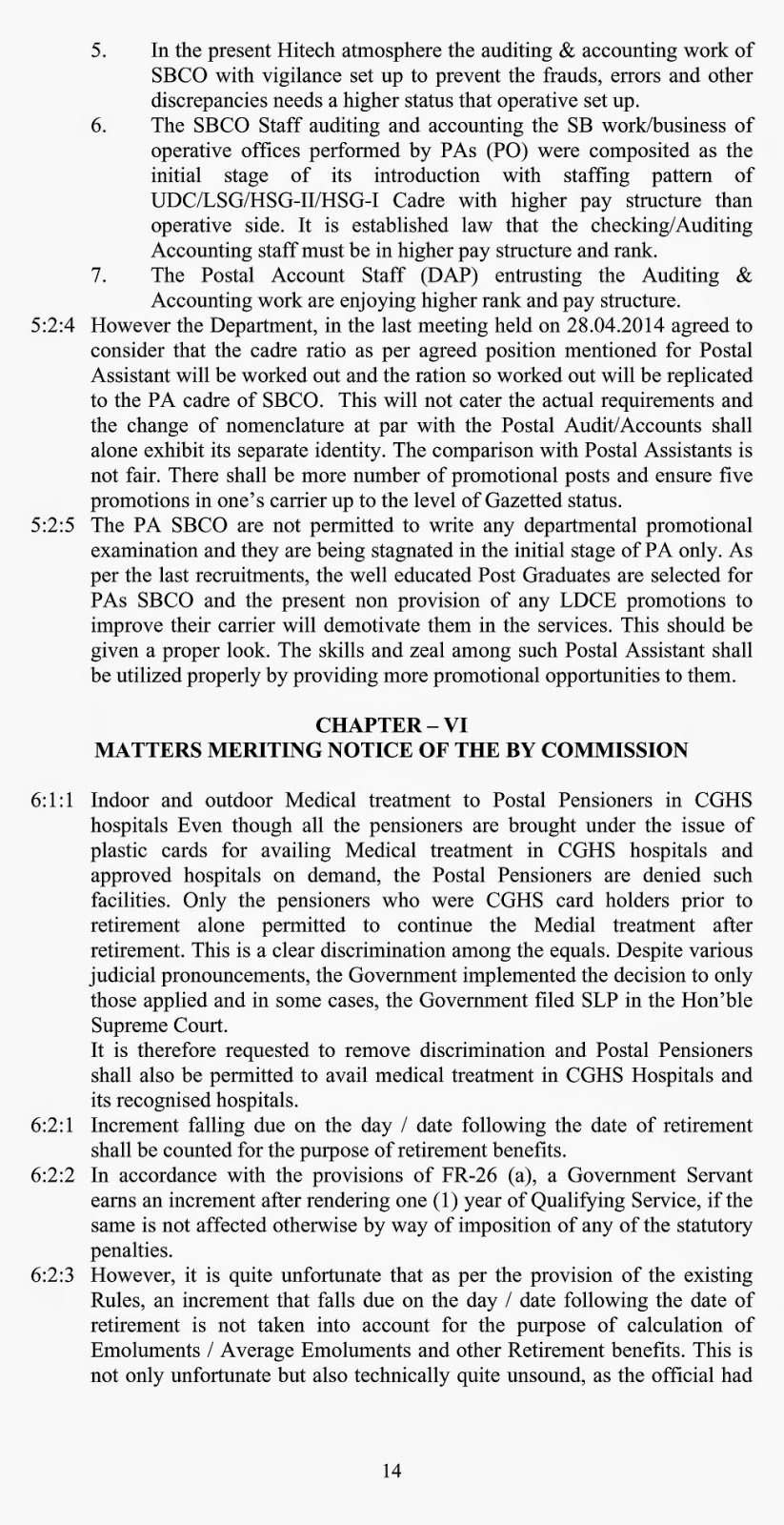 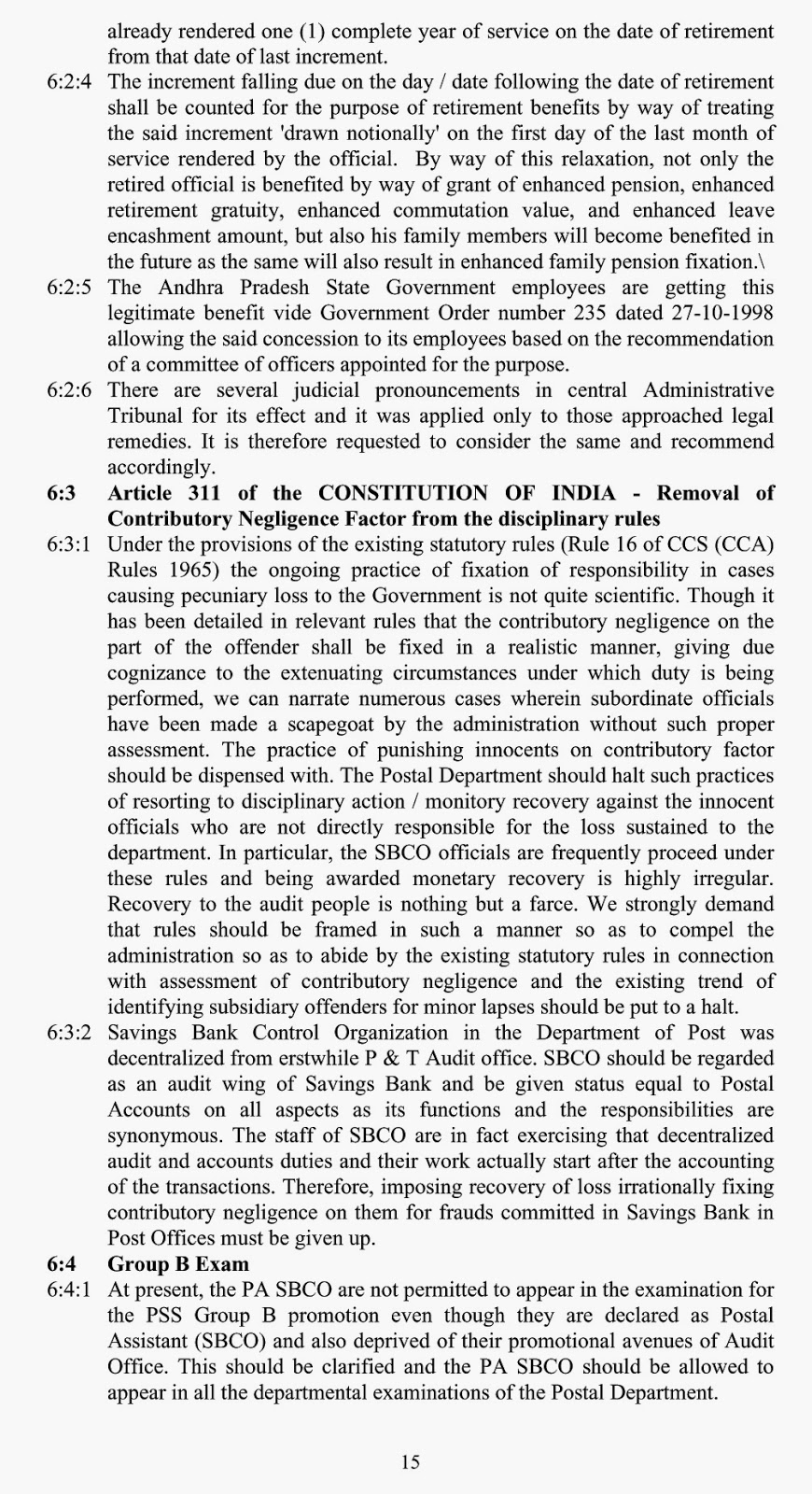 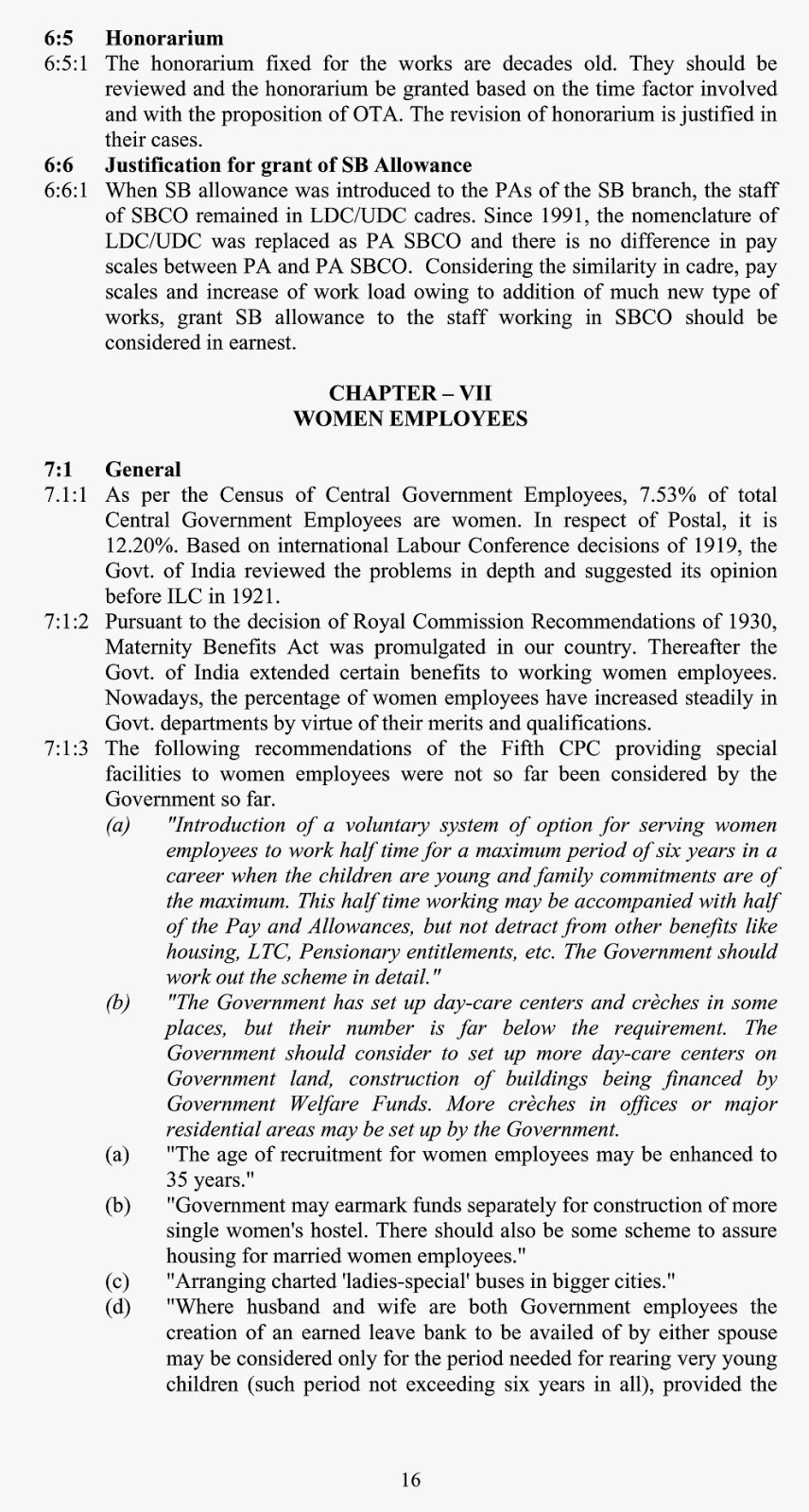 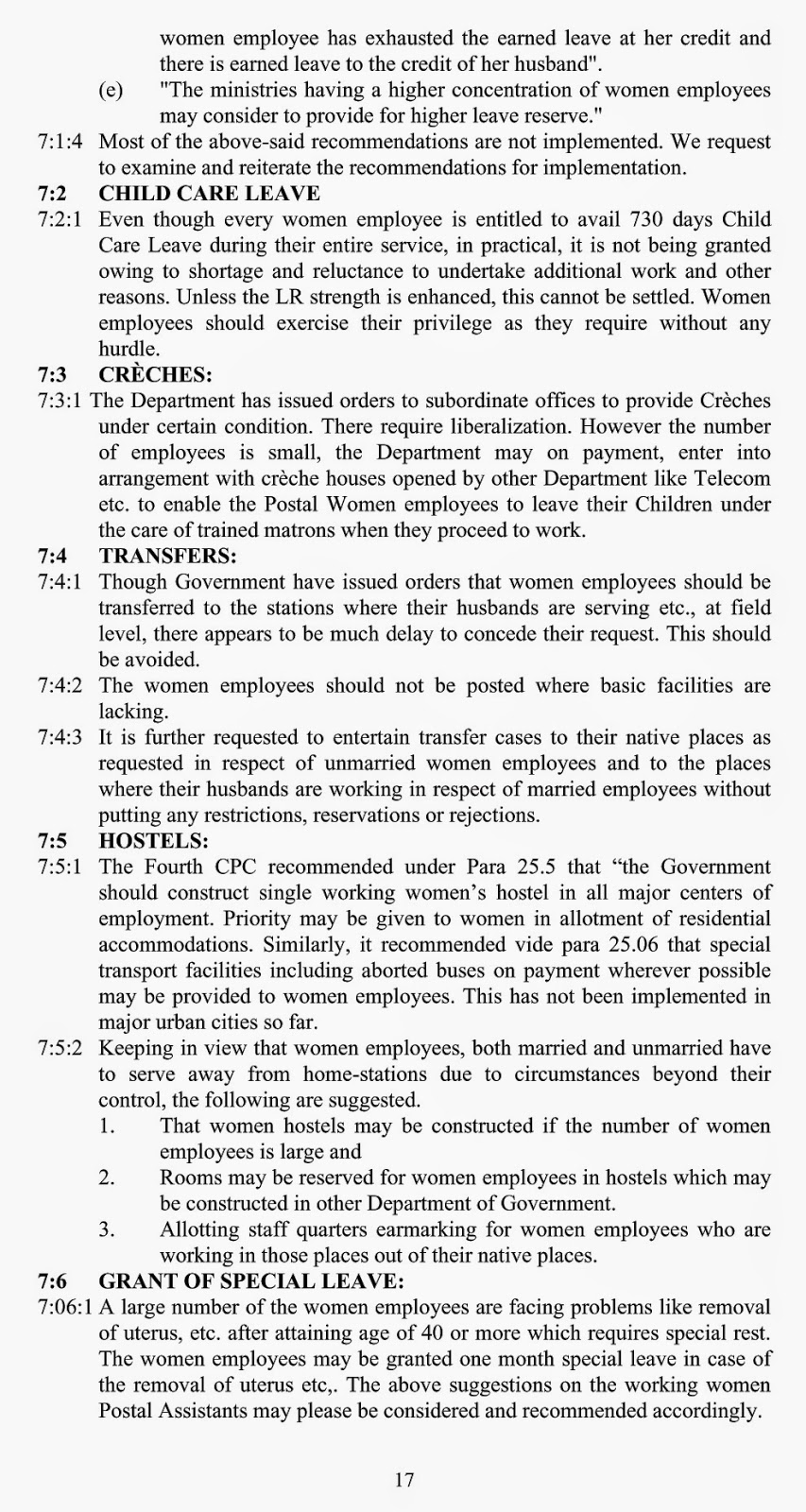 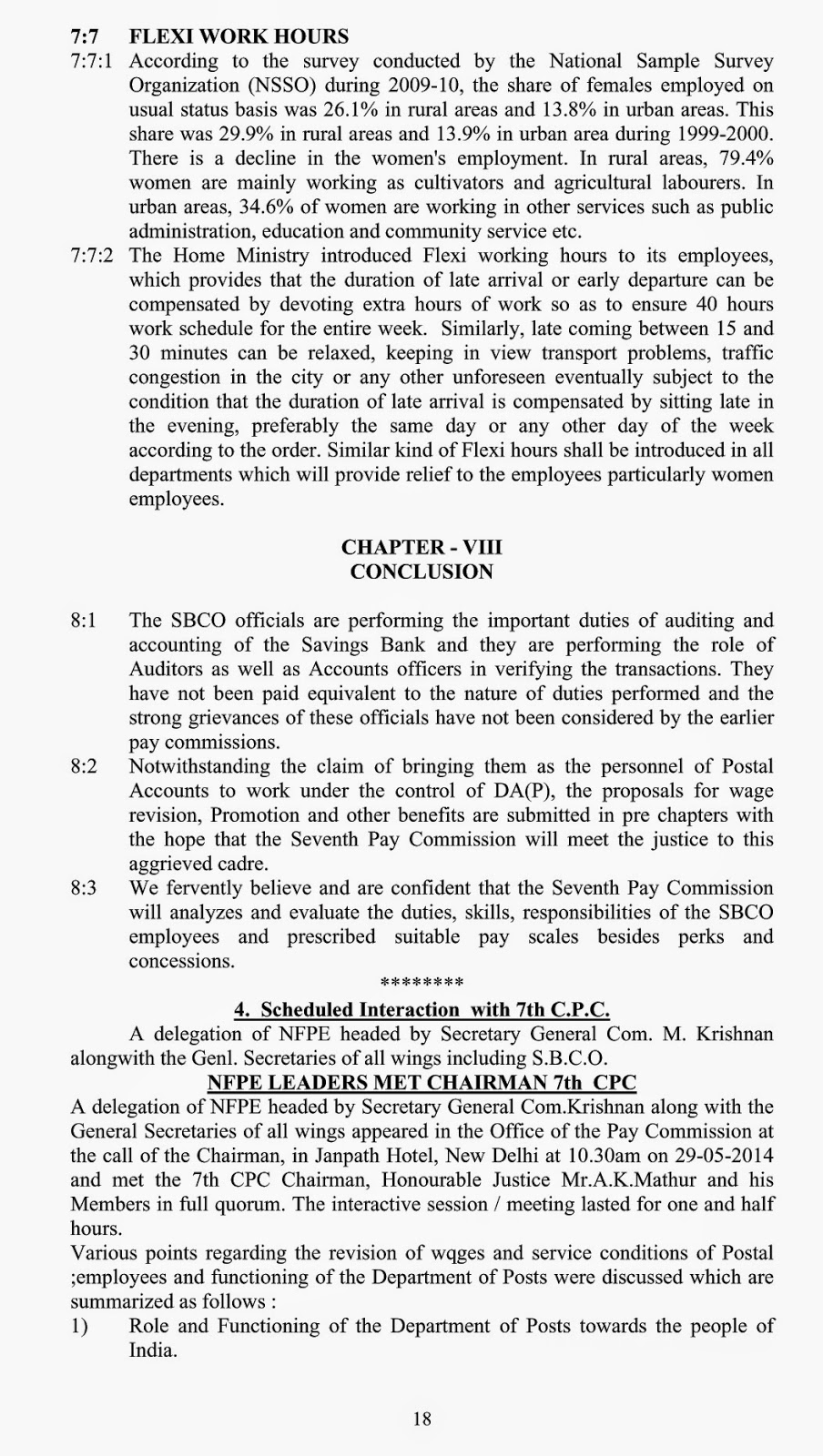 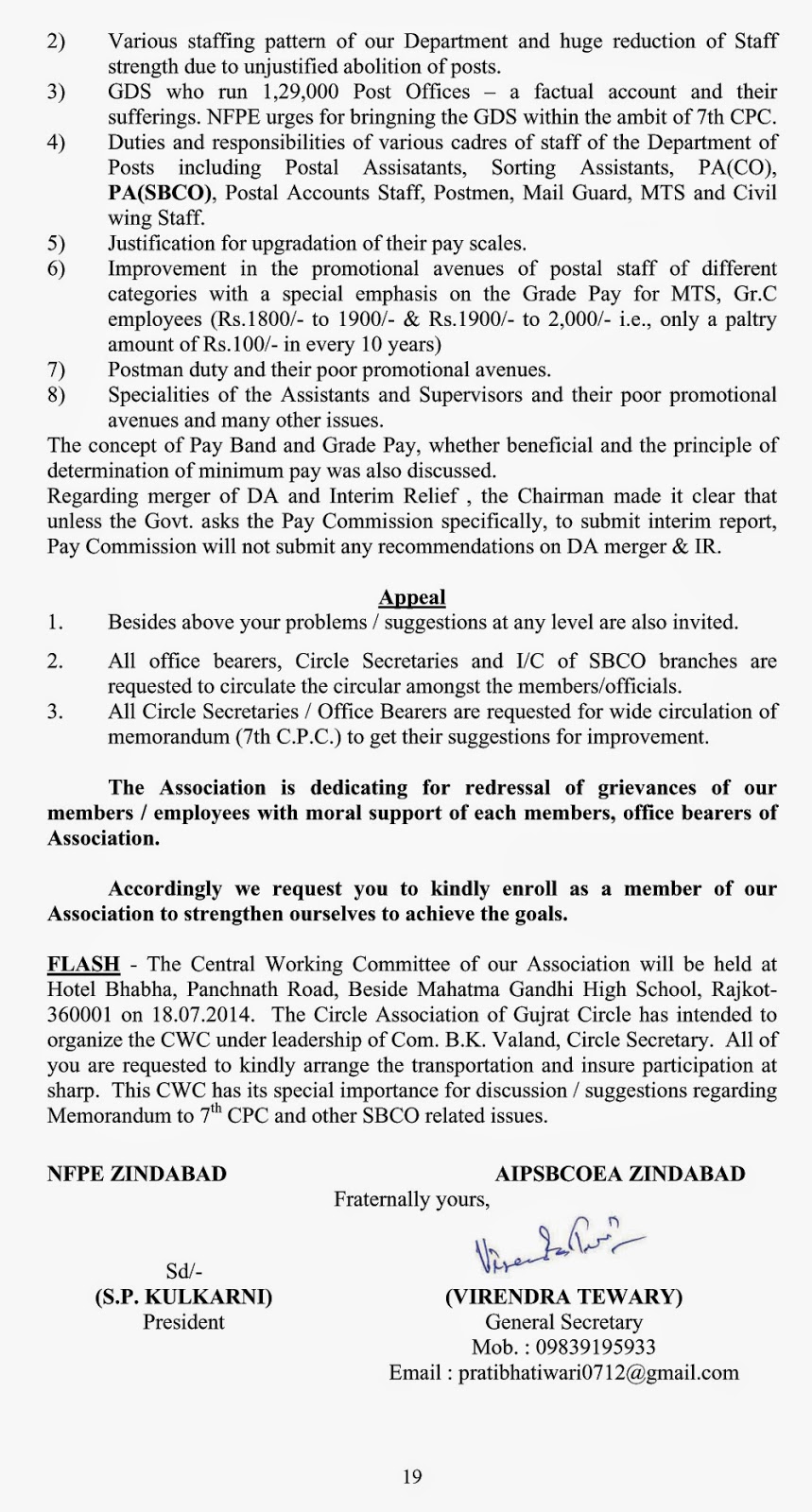 Posted by Virendra Tewary at 1:43 AM No comments: 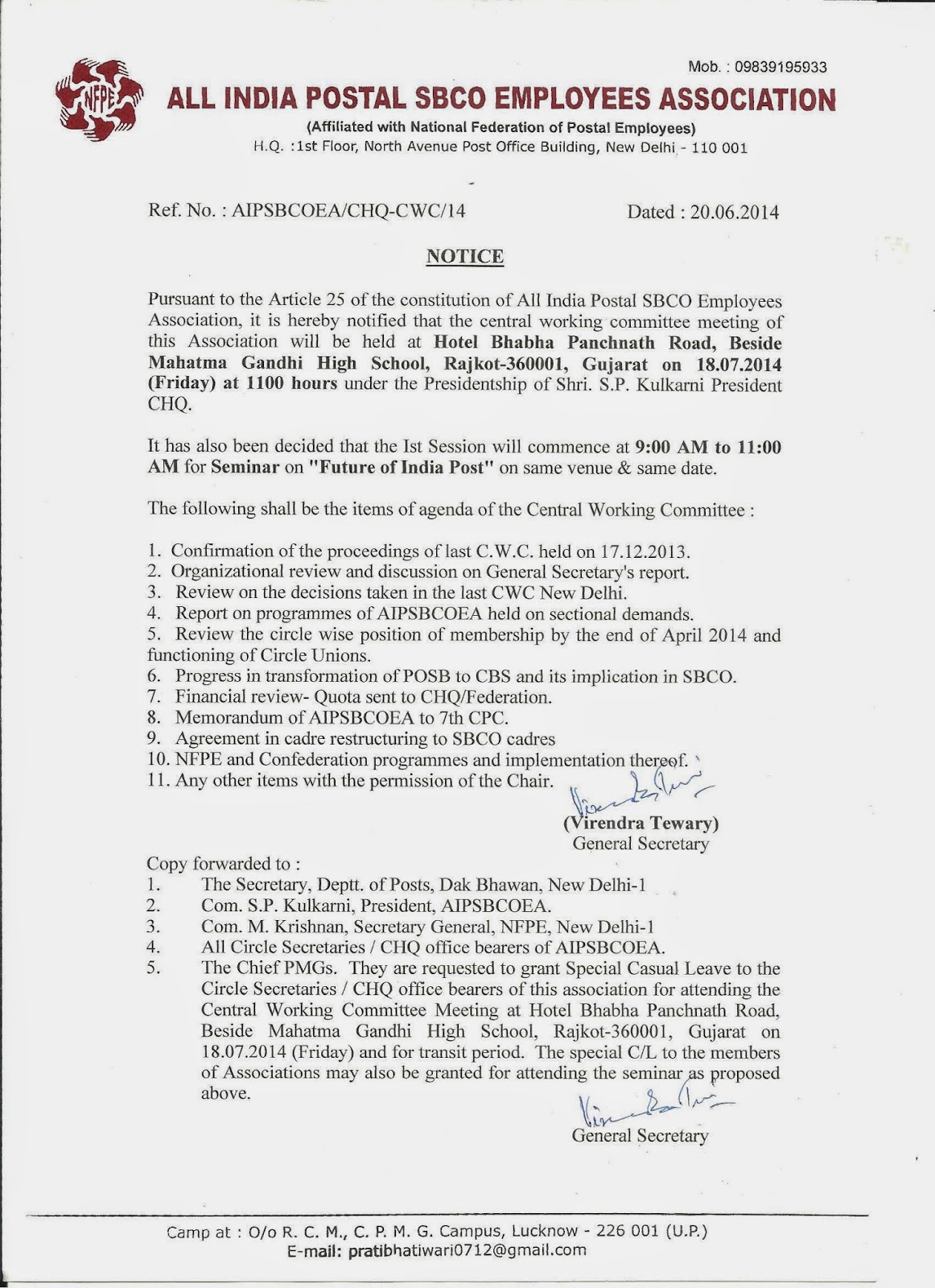 Welcome to the new Secretary, Department of Posts

The Appointments Committee of the Cabinet (ACC) has approved the appointment of
Ms. Kavery Banerjee, IPoS 78, as Secretary, Department of Posts, Chairperson, Postal Services Board and Director General, Postal Services
vice
Smt. P.Gopinath, IPoS 77 on her retirement on 31.05.2014.

Posted by All India Postal SBCO Employees Association-S.P.Kulkarni, President at 8:26 AM No comments:

A delegation of NFPE headed by Secretary General Com.Krishnan along with the General Secretaries of all wings appeared in the Office of the Pay Commission at the call of the Chairman, in Janpath Hotel, New Delhi at 10.30am on 29-05-2014 and met the 7th CPC Chairman, Honourable Justice Mr.A.K.Mathur and his Members in full quorum. The interactive session / meeting lasted for one and half hours.
Various points regarding the revision of wqges and service conditions of Postal ;employees and functioning of the Department of Posts were discussed which are summarized as follows :

1)     Role and Functioning of the Department of Posts towards the people of India.
2)    Various staffing pattern of our Department and huge reduction of Staff strength due to unjustified abolition of posts.
3)    GDS who run 1,29,000 Post Offices – a factual account and their sufferings. NFPE urges for bringning the GDS within the ambit of 7th CPC.
4)   Duties and responsibilities of various cadres of staff of the Department of Posts including Postal Assisatants, Sorting Assistants, PA(CO), PA(SBCO), Postal Accounts Staff, Postmen, Mail Guard, MTS and Civilwing Staff.
5)   Justification for upgradation of their pay scales.
6)   Improvement in the promotional avenues of postal staff of different categories with a special emphasis on the Grade Pay for MTS, Gr.C employees (Rs.1800/- to 1900/- & Rs.1900/- to 2,000/- i.e., only a paltry amount of Rs.100/- in every 10 years)
7)    Postman duty and their poor promotional avenues.
8)  Specialities of the Assistants and Supervisors and their poor promotional avenues and many other issues.

The concept of Pay Band and Grade Pay, whether beneficial and the principle of determination of minimum pay was also discussed.

Regarding merger of DA and Interim Relief , the Chairman made it clear that unless the Govt. asks the Pay Commission specifically, to submit interim report, Pay Commission will not submit any recommendations on DA merger & IR.